REASON FOR BOOTLEG STATUS: A copyright infringement lawsuit, coupled by a lapsed copyright on the film.

CHANCES OF SEEING A COMMERCIAL DVD RELEASE: Hopefully not.

Everyone’s heard of Mickey and Minnie Mouse, but did you ever hear about Milton and Rita Mouse? If not, that’s because Walt Disney heard about them first and put a stop to them before they caught on with the public.
END_OF_DOCUMENT_TOKEN_TO_BE_REPLACED

Earlier this week, the Library of Congress announced its annual additions to the National Film Registry. This year, unfortunately, the choices smelled of woke politics – there were a glut of obscure and, quite frankly, unworthy films that were only included because they were not directed by white men – coupled with some cheesy popcorn flicks that fell far short of the “culturally, historically, or aesthetically significant films” definition that is supposed to be Registry’s judging criteria.

Rather than pick apart each dismal selection on this year’s Registry, here is an attempt to talk up some far more deserving titles for consideration in the 2021 slate. In chronological order, here are 10 films that should be on the National Film Registry.

END_OF_DOCUMENT_TOKEN_TO_BE_REPLACED

REASON FOR BOOTLEG STATUS: There is no great commercial interest in restoring the Clark and McCullough films.

This column marks the 700th entry in The Bootleg Files series, which ran from 2003 to 2015 on Film Threat and came over to Cinema Crazed in 2017. I would like to take this moment to thank Cinema Crazed’s publisher and editor Felix Vasquez Jr. for having this column here on the site and to thank the longtime readers of The Bootleg Files who have offered invaluable comments, recommendations and support for my work.
END_OF_DOCUMENT_TOKEN_TO_BE_REPLACED 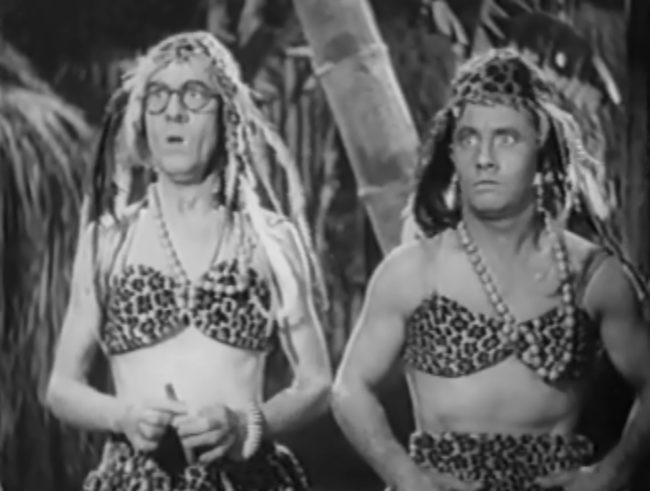 BOOTLEG FILES 670: “So This is Africa” (1933 comedy starring Bert Wheeler and Robert Woolsey).

It is a common misconception that the Pre-Code Hollywood era was a period when almost anything was possible on the screen. And while the implementation of the 1934 establishment of the Production Code Administration brought a heavy-handed degree of censorship to film production, there was plenty of censorship going on at both a national, state and city level.
END_OF_DOCUMENT_TOKEN_TO_BE_REPLACED

In 1913, English writer Sax Rohmer published the crime thriller “The Mystery of Dr. Fu-Manchu,” focusing on the elaborate homicidal activities of the brilliant yet deranged white-hating Chinese criminal mastermind. At a time when Western attitudes to the Chinese ranged from suspicious to violently hostile, the outlandish Fu Manchu was politically incorrect long before that toxic phrase was coined.
END_OF_DOCUMENT_TOKEN_TO_BE_REPLACED 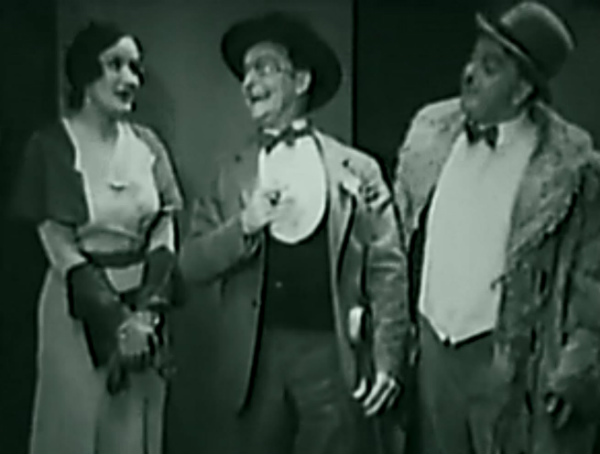 AMERICAN HOME VIDEO: In a public domain label collection of the team’s films.

CHANCES OF SEEING A COMMERCIAL DVD RELEASE: No one is going to restore this orphaned gem.

Unless you are a near-rabid devotee to old-time comedy, you are probably unfamiliar with the team of Bobby Clark and Paul McCullough. They began their careers as circus acrobats before working their way through vaudeville and burlesque until they reached stardom on the New York and London stages during the 1920s. When sound came to movies, Clark and McCullough were recruited by Hollywood to star in a series of two-reelers, first under Fox and then under RKO.

END_OF_DOCUMENT_TOKEN_TO_BE_REPLACED

This year marks the 90th anniversary of the release of “The Jazz Singer,” which forever changed the way audiences see and hear films. Today, it is difficult to imagine the chaos that sound recording brought to the film industry, but back in the day the introduction of the microphone and the sound engineer resulted in the destruction of some prominent careers.

The 1929 independent feature “The Talk of Hollywood” was the first film to detail the impact that the “talkies” had on the motion picture capital. The production also takes advantage of the lenient Pre-Code era by incorporating racy and politically incorrect humor into its often-savage satire of the business side of the movie world.