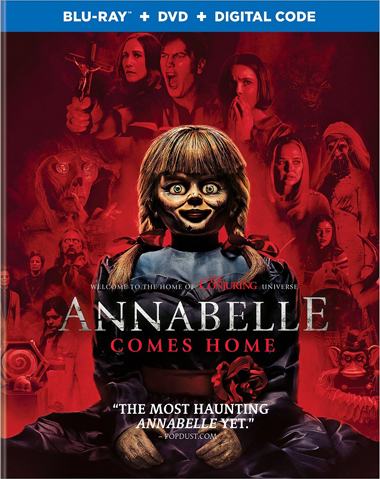 Even as a fan of “The Conjuring” movie universe, I’ll admit that the movies within the line up of the Warrens’ saga have been a mixed bag. But the foot work and improvements they’ve made on the “Annabelle” saga has been pretty fantastic as the studio finally seems to have a firm grasp on why the character is so popular and why she poses such a threat to the Warrens within this movie universe. “Annabelle Comes Home” is an ultimate battle of good vs. evil, exploring how the fight against the paranormal begins and ends at the Warrens’ home base.

END_OF_DOCUMENT_TOKEN_TO_BE_REPLACED 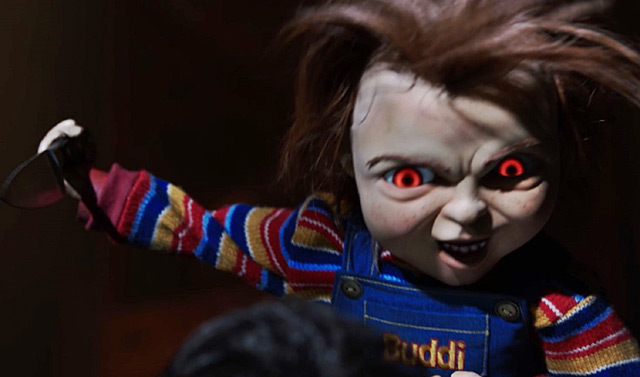 For a remake manufactured purely out of spite for Don Mancini, it’s shocking how great the 2019 “Child’s Play” is. It’s not a redo of the original 1988 and that works toward its benefit as the studio is able to build its own mythology and unique horror tale. While the commentary on AI run amok is on the nose, “Child’s Play” manages to be a great time that evokes a lot of the classic eighties aesthetic right down to fleshed out, clever teen heroes that we can root for.

END_OF_DOCUMENT_TOKEN_TO_BE_REPLACED 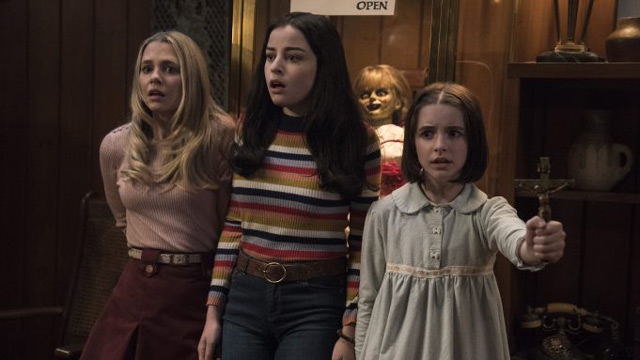 Proving once and for all that the “Conjuring” cinematic universe works so much better when New Line takes their time to offer something made with care rather than haste, “Annabelle Comes Home” is a third entry in to the spin off that delivers big time. 2014’s “Annabelle” is a distant memory now, as the series has managed to redeem the spin off transforming Annabelle the doll in to a worthwhile villain who brings only death and carnage where ever she is, and we never spend time trying to find out why. She’s merely an instrument for evil and that’s what helps “Annabelle Comes Home” as an entertaining monster movie about evil preying on the weak.

END_OF_DOCUMENT_TOKEN_TO_BE_REPLACED

It’s the Halloween Horror Month Edition of “Shorts Round Up” as I review some of the short films that have hit our inbox from some of the most interesting up and coming filmmakers in cinema. These are five horror short films that you should be on the look out when they premiere in festivals or online very soon.

If you’d like to submit your short film for review consideration, submissions are always opened.  END_OF_DOCUMENT_TOKEN_TO_BE_REPLACED 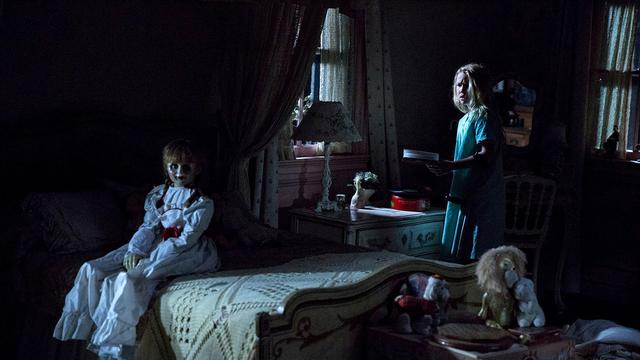 2014’s “Annabelle” should have been an easy win. Take one of the most frightening elements from 2012’s “The Conjuring” and give her her own spooky tale about where she comes from and you have another hit. Sadly, “Annabelle” was an ill conceived and silly movie that is given a second chance with another prequel “Creation.” This film goes even further back before “The Conjuring” to where the doll was merely a dormant spirit lying and waiting for fresh souls to exploit.

END_OF_DOCUMENT_TOKEN_TO_BE_REPLACED

I guess now that Don Mancini is taking the wheel back for the “Child’s Play” series, he can basically do whatever he wants with it. It’s just too bad that he follows up the great “Curse of Chucky” with an utterly inferior sequel that dodges any potential at bringing the premise of Chucky to a new level. “Cult of Chucky” looks shockingly cheaper than the previous film with a lot of green screen and obviously computer animated scenes, all with a back drop of a pretty clumsy riff on “Dream Warriors.” Mancini literally breaks all of the pre-established continuity (who knew ghosts could age?) and mythology in order to bend the premise to his will, failing to provide much of an explanation that’s worth buying in to.

END_OF_DOCUMENT_TOKEN_TO_BE_REPLACED

By 1998, the “Child’s Play” movie series reached the point of no return. The third film in the series was a stale slasher, and Wes Craven re-invented the horror movie, while accidentally spawning a slew of self-aware slashers and horror movies. Hence, “Bride of Chucky” came along and took it to a whole new level. The idea of a female version of Chucky is a great one, and one that could have spawned a wonderful and thrilling movie with a change up in the sexual dynamic and how Chucky approaches his murderous habits, but Ronny Yu’s reboot/sequel instead dives head first in to material that’s a spoof, a satire, a sequel, a meta-horror movie, a horror comedy, and sometimes just a flat out slapstick comedy that comes dangerously close to breaking the fourth wall.

END_OF_DOCUMENT_TOKEN_TO_BE_REPLACED 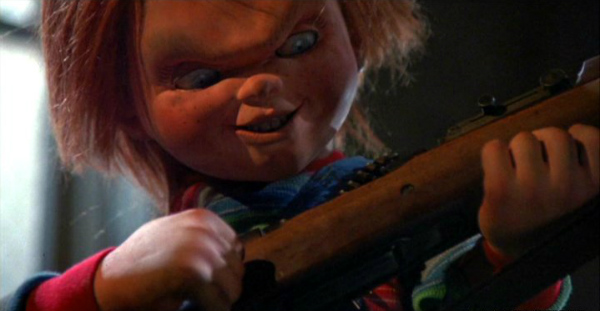 “Don’t fuck with the Chuck!”

You can tell the studios basically ran out of ideas with this third installment of the “Chucky” series, so they pretty much just ripped off “Friday the 13th” part five this time around. This series was begging to be rebooted by the time we reached this new installment, as “Child’s Play 3” is filled with such a bland set piece, and pretty weak character motivations overall. For no real explanation there’s a very young boy in a military academy filled with people in their twenties, and Chucky seems to be running thin on reasons to kill. In the past he killed people that complicated his larger goals, now he kills because people decide to annoy him. Even for a psychopath that gets kind of boring.