Father to be Jack learns that his father has been killed in a gruesome car accident and he travels home to go take care of things and help his mother get better.  Once home, he discovers long buried secrets about his family and himself. Written and directed by actor Thomas Dekker, the film centers around the character of Jack as he comes to grip with his father’s passing and his past as he discovers bits and pieces of it while working on getting his mother back into shape.  The character of Jack is nicely complex and he is a good representation of what a man may go through when losing his father.  This is of course not as simple as it seems, especially given that it is considered drama, thriller, and horror.  The film develops themes that fit all three of those categories and themes that connect with audiences.

END_OF_DOCUMENT_TOKEN_TO_BE_REPLACED 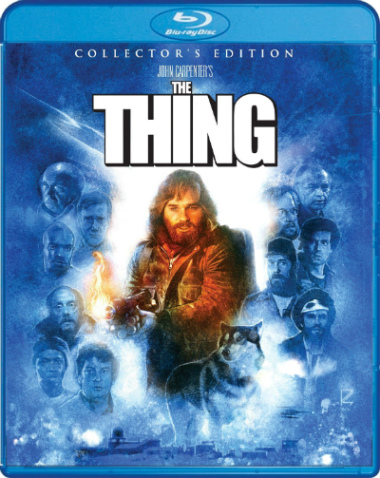 Back in 1982, American audiences were enamored with the extraterrestrial. We were in a time where the prospect of aliens was cuddly and friendly, and we were capable of exploring vast new worlds. What with “ET” and “Close Encounters” and “Star Wars,” who didn’t want to visit new worlds? Then John Carpenter came along in 1982 with his version of “Who Goes There?” a short story about an amorphous alien entity that could consume human bodies, and America wasn’t too kind to it. John Carpenter’s masterpiece is notorious for not being welcomed by critics or the box office during its release date, but thankfully years later, horror fans and movie buffs alike have embraced “The Thing” for the sheer pitch perfect masterpiece it is. John Carpenter doesn’t provide us with a more positive outlook of an alien visitor as he did with “Starman.”

END_OF_DOCUMENT_TOKEN_TO_BE_REPLACED 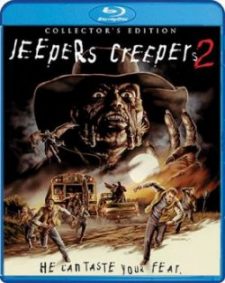 With the follow up to the criminally overlooked “Jeepers Creepers,” director Victor Salva completely loses all sight of the potential for his first film and embraces the B movie roots of the Creeper. That’s not to say that’s a bad thing, but “Jeepers Creepers 2” ends up being a brutally silly movie that offers a solid diversion, even in spite of its massive flaws and lapses in logic. To add to the unusual experience, the follow up to the original is filled with so much homoeroticism and subtle sexual overtones, you’ll feel just as uncomfortable as the characters do while they’re being stalked by the Creeper.

END_OF_DOCUMENT_TOKEN_TO_BE_REPLACED 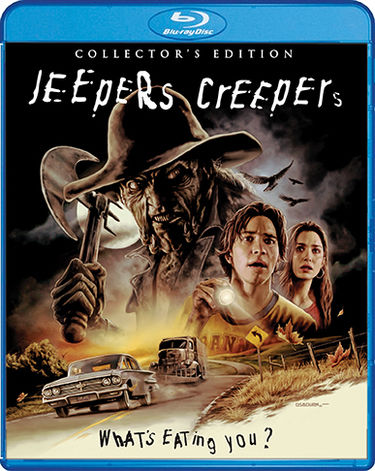 Victor Salva’s “Jeepers Creepers” is a pretty excellent and haunting horror gem in the early aughts when horror was pretty stagnant for a while. A mix of Duel and a genuine monster movie, director Salva presents a well paced and very scary film that only accentuates how terrifying films on the wide open road can be with the proper premise. Justin Long and Gina Phillips is top notch, keeping the film afloat with their memorable chemistry and fantastic interplay. They play siblings Trish and Darry, two college students tasked with delivering a car to their cousin across the country. Along the way as they bicker and deal with boredom, they’re confronted with a menacing truck that nearly runs them off the road.

While mistakenly crossing its path, they find the truck and its menacing driver seemingly sliding corpses down a storm drain. Deciding to investigate it, the pair arouses the anger and obsession of the truck’s driver, who slowly reveals himself to be anything but a simple psychopath. Quite obviously working on a limited budget, director Salva keeps a lot of the elements of the villain ambiguous and left wildly up to speculation by the viewer. Rather than piling on a lot of knowledge, our characters literally drop right in to the lair of our villain and slowly realize the severity of their discovery and how it will greatly affect their lives if they don’t get off the road and back to civilization.

The terror is amped up minute by minute, as both protagonists slowly run out of options in their efforts to get home, and try to outwit the monstrous driver who reveals himself to be much more clever and vicious than they ever imagined. Long is especially very good as his sanity slowly dwindles the deeper in to this nightmare he and his sister drop. Phillips plays well alongside Long, keeping up with his strong turn as a very strong heroine. A lot of “Jeepers Creepers” is beautifully paced and well edited, allowing for a ton of simple but brutally creepy moments. Some of the best scenes involve an attack on two beat cops in the background as our characters drive ahead of them, and the final reveal of our villain which is both jarring and shocking.

What would have been a simple “Duel” knock off spirals out of control in to a bonafide tense monster movie that keeps its pace pretty brisk and introduces us to a twisted new horror fiend with survival instincts that make it relentless, vicious and remorseless. What’s more is that many elements are introduced that are very supernatural and out of the ordinary with ideas about premonitions and fate that either favor this being’s hunt for prey, or ultimately work against it. “Jeepers Creepers” is a fine horror yarn, and one that goes criminally under appreciated mainly for Salva’s very public sordid criminal past, and the sub-par sequel.

Disc One from Scream Factory includes an audio commentary with director Victor Salva, whose work on this feature is informative, if kind of tedious. The second commentary features Salva with cast members Justin Long and Gina Phillips. It’s a fun little reunion, as the trio seems very casual and friendly toward one another. On Disc Two, there’s the thirty seven minute “Jeepers Creepers: Then And Now” a collection of interviews with the cast and crew. “From Critters To Creepers” is a twenty minute interview with producer Barry Opper, who discusses in length his career, working with legends of horror, and his involvement with the film.

“The Town Psychic” is a seventeen minute interview with Patricia Belcher who plays the town psychic introduced in the second half. “Behind the Peepers” is an hour long HD transfer of the original Standard Definition documentary. It’s a six part making of for “Jeepers Creepers,” with cast and crew interviews, video clips, production stills, the creature designs, and so much more. There’s a seventeen minute “Deleted Scenes” reel containing extended scenes and alternate openings and ending. There’s also the original trailer, a radio spot, and a trailer gallery with production stills, on set photos, and concept designs for the creature. 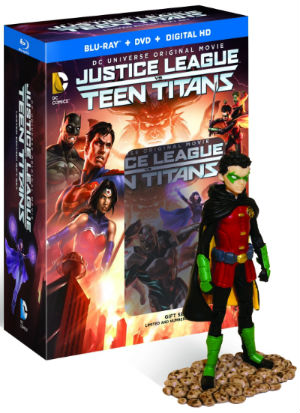 Once again DC Comics advertises a throwdown between titans that doesn’t totally deliver. True, the two teams of old and young battle, but it’s under wild circumstances, and it’s only a two minute bout at best. Sam Liu’s film should have been called “Teen Titans” and been done with it, but how else to cash in on “Batman v Superman,” I guess? The film is primarily centered around the building of the Teen Titans and their dynamics as a whole. The movie channels both the original animated series, and the cult classic “Young Justice” to offer up a movie that I wish would begin a new series of more exciting movies, showing how these teens have to work and fight in a world dominated by basic gods. That said, “Justice League vs. Teen Titans” isn’t a bad film, despite the criticisms and observations. It’s a very fine action adventure that focuses on the interesting interplay between Robin and Raven.

END_OF_DOCUMENT_TOKEN_TO_BE_REPLACED

Director Andrew De Burgh does a good job channeling the classic revenge pictures that focuses on what’s going around eventually coming back around again. What I find fascinating about “Just One Drink” is that there aren’t any clear protagonists or clean cut noble heroes. Director De Burgh doesn’t really side or empathize with any one character per se, except examines the almost destructive and chaotic path of vengeance that can steam roll through people’s lives.

END_OF_DOCUMENT_TOKEN_TO_BE_REPLACED

Watching “Josh Kirby” is like watching a lost series from the Action Pack stunt from television in 1995, where you almost expect it to air alongside “Hercules.” in truth, the series of six films unfolds like one short kids television adventure series, and even for a movie aimed at kids, it’s hard to catch up. There’s so much about this universe, that the movie opens with a five minute montage of scenes from the movie that’s somehow meant to keep us up to speed with what we haven’t seen yet. Really, it feels like filler and an odd place to place such a device when it’d be suited more appropriately for the second part of the film series.

END_OF_DOCUMENT_TOKEN_TO_BE_REPLACED

It’s hard to imagine a movie this year more sadistically boring and bland than “Jem and the Holograms.” This comes as somewhat of a surprise since director John M. Chu is a pro when it comes to making films that are visually dazzling and marketed toward teens. “Step Up 3” was a fun, beautifully edited, visual feast, while “GI Joe: Retaliation” was a decent follow up to a much maligned movie. So it’s disappointing and crushing to see Chu not even really seem to try. Everything about “Jem and the Holograms” is so vanilla and uninspiring that I never even care about anything happening on screen. I’m not one of the kids from the eighties that watched “Jem,” so I have no nostalgic connection to the animated series, but I can understand that anger toward such a horrible movie.