I think it’s a requirement for every American action star that they must have at least two movies on their resume that is their “Die Hard.” Harrison Ford happens to have one that’s pretty good, even if it’s about as jingoistic as John Wayne punching a Mexican bandit while talking about Baseball. “Air Force One” is one of the stronger vehicles for Harrison Ford, where he plays James Marshall, an ex-Vietnam soldier with a military background, who is president of the US. He is pushed in to a conflict involving a Russian dictator who is threatening to start a new Cold War, and said dictator has a host of loyal followers that want him freed. As a means of leveraging the release of their dictator, a group of Russian terrorists disguise themselves as American journalists and board Air Force One.

END_OF_DOCUMENT_TOKEN_TO_BE_REPLACED 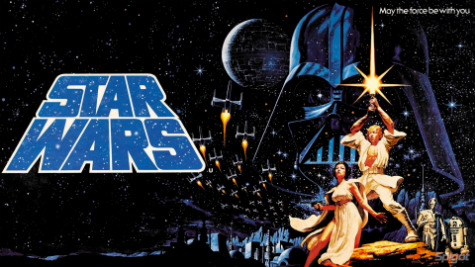 It only takes a ripple to make a tidal wave, and “Star Wars” is one of the greatest cinematic tidal waves to ever hit America. It’s no secret that George Lucas’ science fiction epic was inspired by classic movie serials, and was generally looked down upon by studios who thought it would barely strike a chord as it was being made. What’s surprising is that many decades later, in whatever form you enjoy it, “Star Wars” is still a fantastic and flawless space adventure. Lucas masters the art of telling his own self contained tale that would open the door for future films.

END_OF_DOCUMENT_TOKEN_TO_BE_REPLACED 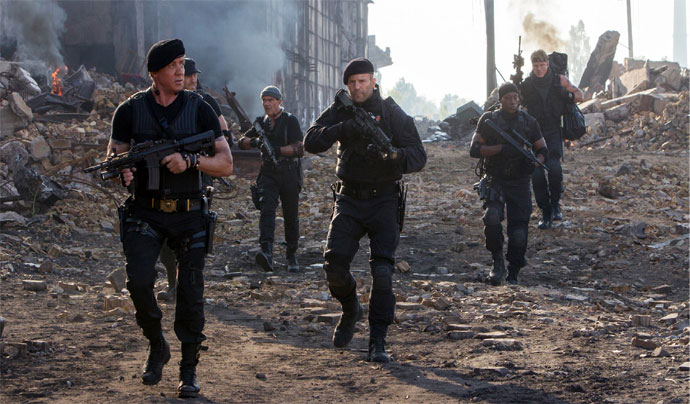 One of the most idiotic moments in “The Expendables 3” is when villain Stonebanks is taunting our heroes on a television monitor, explaining that he’s wired the stronghold where he has the Junior Expendables with C4. While watching on the monitor, character Wifi (Glen Powell) completely overrides the C4 from blowing everyone to smithereens. If that’s not enough Barney plans the get away operation for the group while Stonebanks watches on the TV. So how does he still lose if Barney is stupid enough to plan an escape while the bad guy is watching only a few inches away? It’s moments like that that show Stallone really isn’t interested in details with these movies anymore.

END_OF_DOCUMENT_TOKEN_TO_BE_REPLACED

For shame, it’s finally come down to this. It’s time to admit Harrison Ford’s prowess as an action star has past. How he plans the ever continuous shoot of “Indiana Jones 4” I’ll never know. “Firewall” is a healthy indicator that Ford just can’t handle it anymore. And it’s a pretty good indicator that Ford also hasn’t made a watchable film in a good while. The worst aspect of “Firewall” is that we’ve seen this a thousand times. And a thousand more times. There’s your poor workaday shlub taken hostage in his own home. And the checklist: Family disharmony, check! Spunky oldest daughter, check! Wise doting wife, check! Wide eyed youngest child who plays a big role in the climax, check!