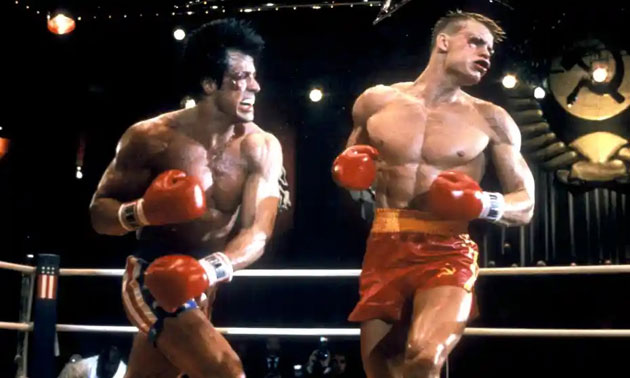 We’re in an age of modern filmmaking where audiences and even directors are demanding that studios allow them to re-cut their past works. In all of the director’s cuts and recuts I’ve seen, “Rocky vs. Drago” is exactly how the Director’s Cut should be done. I say that with immense surprise as I fully expected to dislike “The Ultimate Director’s Cut.” For fans that viewed “Rocky IV” religiously since 1985, when we get down to it, the film is recut to click better with “Creed II.” That’s either great or disappointing, depending on how you value the original 1985 film.

After achieving major success as a professional boxer, Rocky Balboa is trying to live a peaceful life with his family. Ex-champion Apollo Creed isn’t quite as eager to settle down, taking the arrival of Ivan Drago, a massive boxer from the Soviet Union, personally, challenging the war machine to a flashy exhibition fight, playing up the East vs. West angle. Instead of restoring his career, Apollo is killed by Drago during their match, inspiring Rocky to return to the ring to defend the honor of his late friend.

This Ultimate Director’s Cut is only a minute longer than the original 1985 theatrical cut; Sylvester Stallone doesn’t make any drastic changes (like a CGI Burgess Meredith), but instead includes different takes and angles in many key scenes. He also fixes a lot of the mistakes he regretted, with a bigger creative control on the storytelling. This “Rocky IV” is less about excess and the relationship between Rocky and Apollo, and is transformed in to a tale about aging.

Rocky and Apollo, once legends, are seeing the hands of time ticking against them, and they find a new obstacle in the gargantuan Ivan Drago. Where Rocky was the great white hope, Drago is the great Russian hope. While the original 1985 cut is an unabashedly jingoistic sequel that soaks in the excess of the eighties (while injecting some camp), “Rocky vs. Drago” is a different animal. Stallone omits the weird subplot with Paulie and his robot assistant, and reduces a lot of the screen time from Rocky’s son and Burt Young. Stallone subtly removes a lot of characters beats and minimizes sub-plots for the means of helping to explain the plot threads in “Creed II.”

For example, Brigitte Nielsen is noticeably cut down to a minor role as Drago’s wife who is nothing but a glorified publicity agent. This allows her abandoning him in “Creed II” to just make perfect sense. Lundgren is also given more dialogue and agency with the character, allowing him to be a tad more sympathetic villain, rather than the blank killing machine we saw in the original cut. Sadly, the Cold War garbage is kept in tact, as is Rocky’s goofy final speech to America. I wish Stallone sought to excise that, even if it meant a shorter run time.

Your mileage may vary with “Rocky IV: Rocky vs. Drago,” I think it is a fascinating experiment that gives fans a whole new, arguably better, sequel, even if neither versions of “Rocky IV” are all that good.

Now available to rent, or buy digitally on many streaming services and VOD, and is now in limited theatrical release.