This year marks the 80th anniversary of the arrival of Bugs Bunny on the big screen. And while Cinema Crazed has already celebrated the 10 best Bugs Bunny cartoons of all time, this admittedly subjective article goes in the opposite direction to consider the 10 worst cartoons from the iconic character’s output.

10. The Unmentionables (1963)
Directed by Friz Freleng

A spoof on “The Untouchables” with Bugs as the detective Elegant Mess (a riff on Elliot Ness), this is the last time the gangsters Rocky and Mugsy turned up. Sadly, the cartoon is dismally paced, with none of the fresh sight gags that made the earlier appearances of Rocky and Mugsy so amusing. The twist ending, with Bugs getting a harsh comeuppance, is strangely unfunny.

The concept of this short is amusing: Bugs Bunny substitutes for the Road Runner, who supposedly sprained a giblet and could not participate in the animated chase antics with Wile E. Coyote. Sadly, the verbosity that weighed down “Dumb Patrol” also burdens this, with Bugs constantly talking to the camera while the mute Wile E. Coyote goes through the usual shtick of elaborate traps that always backfire on him. 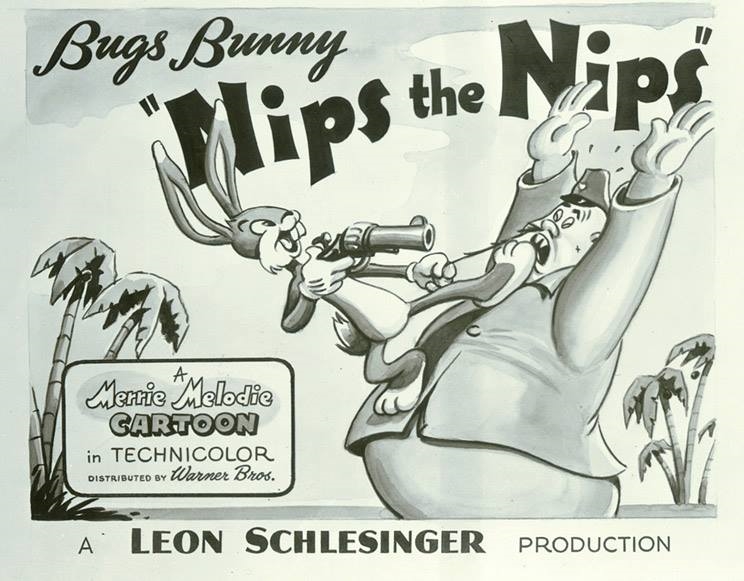 A typical anvil comedy from World War II, with outlandishly stereotyped Japanese getting a kick in the Axis from America’s favorite rabbit. The racial humor wears thin quickly – the Japanese are called “monkey face” and “slant eyes” – and Bugs’ drag act as a geisha to entice an oversized sumo wrestler is more bizarre than funny. 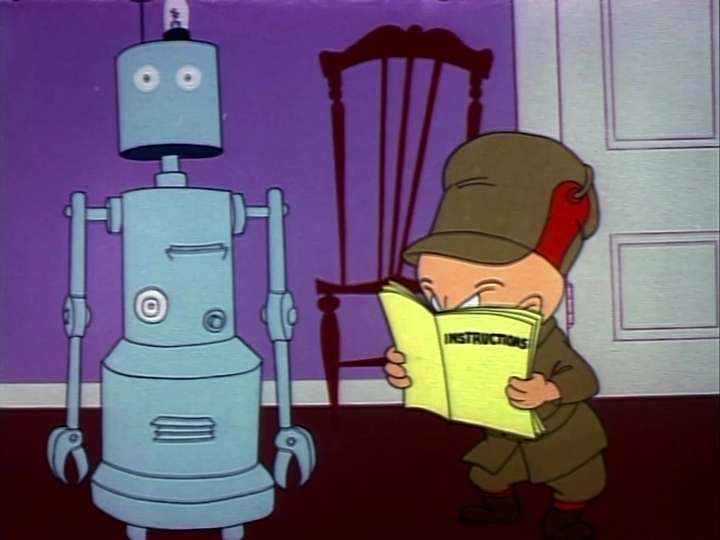 Farmer Elmer Fudd is sick and tired of having his carrot crop ravaged by Bugs, so he creates a clumsy robot to eliminate his long-eared foe. The robot isn’t particularly effective as an adversary – he mistakes a mule for Bugs, then rusts immediately during a chase under a water sprinkler and is easily fooled by Bugs’ atrocious metallic robot drag disguise. There is also some sloppy animation when Bugs addresses the viewer but his mouth doesn’t move.

Bugs accidentally gets plucked out of a cotton field by African-American laborers and packed into a bushel loaded on a riverboat heading down the antebellum Mississippi River. Bugs’ adversary here is one-shot character Col. Shuffle, a violent gambler who bears more than a casual resemblance to Yosemite Sam. The slapstick is repetitious, with Shuffle repeatedly falling off the riverboat thanks to Bugs’ trickery, and Bugs’ vamping as a Southern belle isn’t particularly funny. A brief blackface song-and-dance to “Camptown Races” will not endear the short to the BLM-supportive crowd. 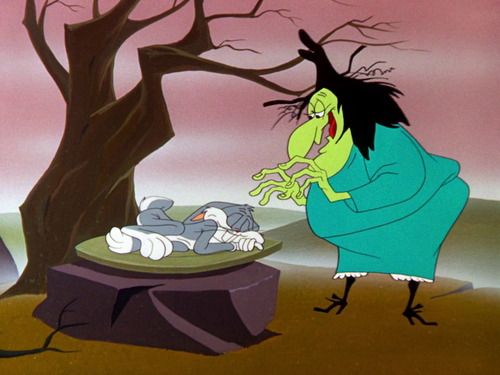 The most tiresome of the Witch Hazel encounters, the film has labored slapstick and a villain is just too clumsy to be an effective foe. A running gag has a William Shakespeare lookalike watching the knockabout while taking notes – it turns out that it’s not Shakespeare, but Witch Hazel’s ex-boyfriend Sam Crubish who failed to show up on a date over confusion regarding her residence in Apartment 2B. And you don’t need a B.A. in English to know how that 2B reference is used by Bugs.

Nothing goes better together than Bugs Bunny and classical music – except in this dull offering, where Bugs’ inept attempt to conduct an orchestra offers little imaginative use to the music and a lot of predictable sight gags, culminating in a near-fatal pursuit of a pesky fly. The one good element: Bugs has no dialogue, a relief from the too-talky shorts of the late 1950s and early 1960s. 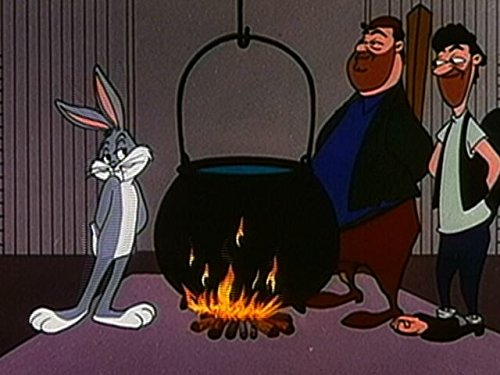 Bugs is on a train where a pair of hoboes resembling Jackie Gleason’s Ralph Kramden and Art Carney’s Ed Norton try to catch him for their dinner. Huh? Who thought that was a good idea? Warner Bros. had better luck doing “Honeymooners” takeoffs with a pair of short using mice as Kramden and Norton – but this is just bad beyond belief. 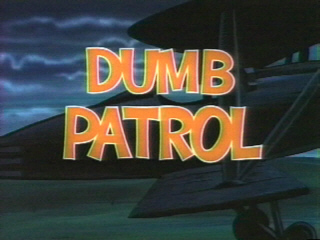 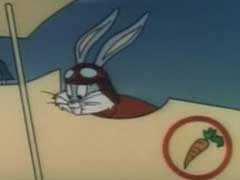 A riff on World War I aerial epics, this was the last and least of the Yosemite Sam duels. The laugh-free verbosity of the short is truly grating – you want to yell at the screen for the characters to just shut up – and Porky Pig is wasted in a tiny cameo at the start of the short. 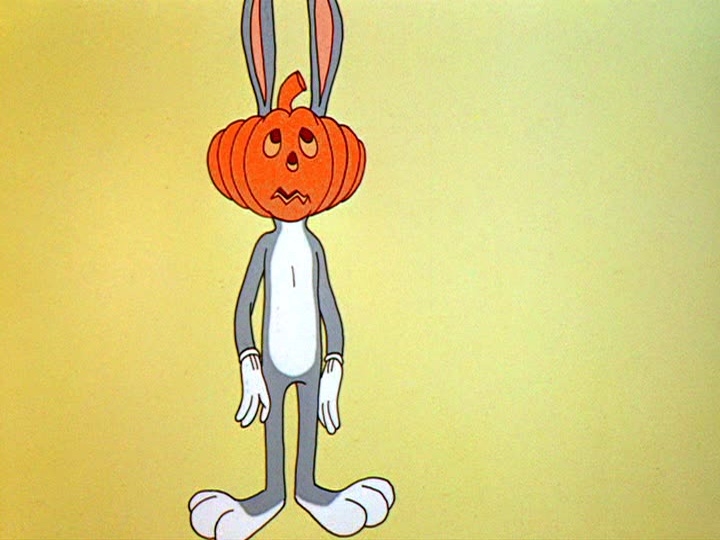 Jones followed up his brilliant “Duck Amuck” with this decidedly non-brilliant sequel that placed Bugs as the victim of surreal sight gags created by an unseen animator. While “Duck Amuck” worked because Daffy Duck’s neurotic personality and oversized sense of talent played wonderfully against the zany assaults on his body, Bugs comes across as shrill and irritating. And the gag ending with Elmer Fudd getting his revenge as the naughty animator is just nowhere near as funny as the mischievous Bugs revealing himself as Daffy’s tormentor in the classic original.