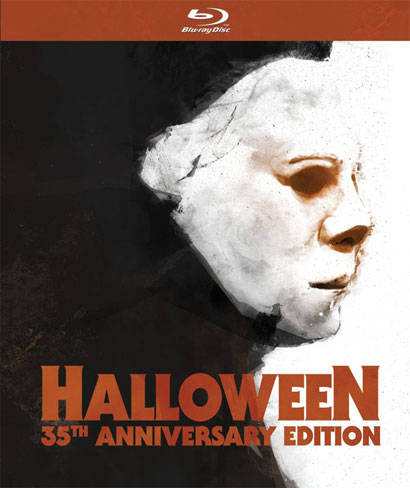 “Halloween” is unlike the films that set the standards, where you can still go in to it watching it, and still feel as if you’ve seen it for the first time. That’s likely because of the mounting dread that begins once Michael Myers decides to build an elaborate plan to break free from his mental institution and return to his town of Haddonfield, Illinois. Much of what occurs with Michael is inexplicable and shocking, even to a character like Dr. Loomis, who spent his years convinced he knew Michael more than anyone ever has. Michael is an often under estimated force of evil who began life after murdering his sister, and sank in to the darkness of a soulless existence where his main directive is to haunt Haddonfield. His plan to escape is genius, and much to Dr. Loomis’ surprise, he even knows how to drive a car.

Much of the plot elements are left ambiguous and up to the viewer to explore for themselves, but we learn over the course of the narrative that Michael watches, waits, and learns. And he’s not a man to take for granted. After chasing Laurie in to her house, Laurie manages to barricade herself in to her home, only to learn Michael has found a way in. And Michael spends most of his time watching Laurie Strode and her friends, devising a way to systematically destroy her world, and then murder her. Michael is the fate and pure evil of Haddonfield, and Laurie may be the only person who can stop the taint upon Haddonfield, Illinois. Which may explain why he returns to town and seeks out Laurie, and Laurie alone. He could easily murder her at any time, but he knows that there is a time and a place.

He also takes great pleasure in the theatricality of Halloween and how Laurie may be unprepared on a night where pranks and misdeeds are on the menu, and she’s left to care for two children. Michael is a faceless and remorseless being who has a plan for his town, and he’s a vicious horrifying villain, who mends himself in to the shadows of the night, and uses Haddonfield as a playground to torment Laurie Strode. The irony of the inevitable battle is that his motive is to murder the babysitters, while Laurie never quite listens to the children, the only people aware of Michael, and his menace, in the end. “Halloween” is a ticking time bomb of dread and suspense that explodes in to a cat and mouse battle that still sets the standard for slasher films and horror in general, and it’s one of the many masterpieces from director John Carpenter that hasn’t aged a bit.

For the 35th anniversary release, there’s a digipak casing with a booklet exploring the production of the film. There’s a newly record audio commentary featuring writer/director John Carpenter and star of the film Jamie Lee Curtis, where the pair discuss production details, thoughts on modern horror film, Carpenter’s brilliant story structure, and Ms. Curtis’ feelings on the film now. “The Night She Came Home!!” is a one hour look at Jamie Lee Curtis turning the movie in to a charity event, touring and meeting with fans and old cast members, and discussing her role on the film, which gladly lends great entertainment value to what is a fun hour.

“On Location: 25 Years Later” is a ten minute look at the neighborhood where the film was set, and how Carpenter implemented the setting to help tell the story. There’s a ten minute collection of footage from the controversial extended TV Version, which garners longer and deleted scenes never featured in the original theatrical cut. Finally, there’s the original trailer, three TV spots for the original film, and a slew of radio spots advertising the release of “Halloween.”